SuperOxide Dismutase (SOD) is a key antioxidant metallo-enzyme naturally present in our body. SOD is ubiquitous to all forms of life and protects living beings from oxidation for over 2 billion years.

Present both inside and outside cell membranes, directly where the free radicals are generated, SOD plays a critical role in preventing oxidative stress. SOD is present directly inside the mitochondria, which is responsible for 90% of the free radicals production. 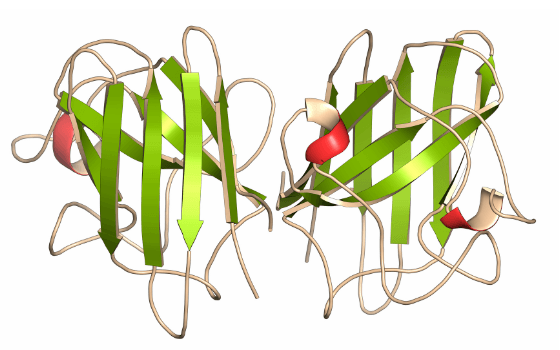 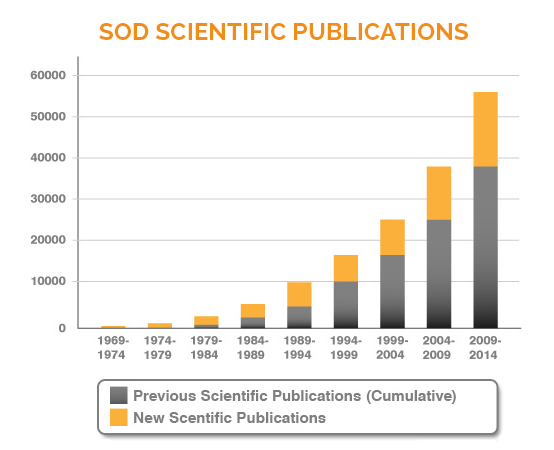 The 1969 discovery of SOD and its essential antioxidant activity by Dr McCord and Fridovich has been called “the most important discovery of modern biology never to win a Nobel Prize”. Since the discovery of SOD more than 50,000 scientific publications, including 1,000 clinical trials, have pointed out its primary antioxidant efficiency.

Due to its wide range of applications, SOD quickly became an emerging agent in the health and pharmaceutical industry. In the 70-80’s, SOD was used as a drug in the prevention of undesirable effects of oxidative stress and inflammation, including joint alterations and fibrosis.

A unique and key antioxidant protection

SOD converts superoxide anion (O2·–), the most reactive free radical playing a role in more than 100 health challenges, into hydrogen peroxide (H2O2) according to a dismutation reaction. Each body cell is exposed to about ten-tenths molecules of superoxide anion each day. Without adapted antioxidant defenses, oxidative stress occurs damaging cells and tissues. SOD is the only antioxidant agent able to control the production of superoxide anions and prevent cell oxidation.